Fornoli, Ponte a Serraglio and La Villa are the lowest of the villages of Bagni di Lucca at 120,130 and 150 metres above sea level. Montefegatesi is the highest, at almost 850 metres. The other villages are dotted around the mountains at various levels.

The recent snow melted fairly quickly in the low villages, but the roads to the upper villages were dangerous with snow and icy conditions for days. As soon as I thought it was safe I headed into the hills to see what was left of the snow.

Colle is the hill village directly in front of my apartment and it looked particularly lovely with its snowy cover as I set off.

The roads to the higher villlages are even more narrow than usual with their edges lined with snow.

Vico Pancellorum was enjoying a sunny day after the snow. 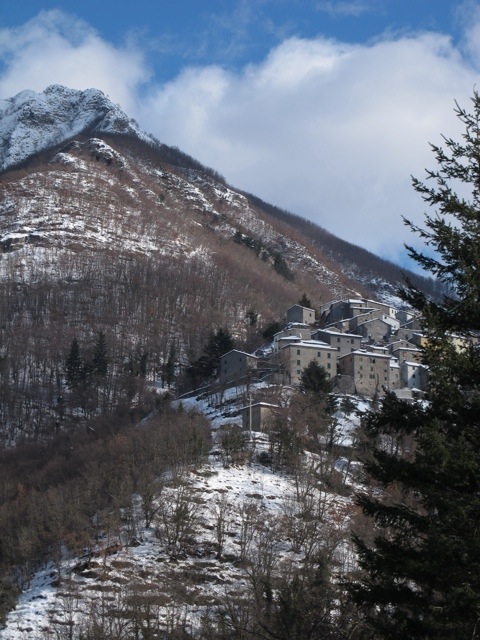 Looking the other way was a tiny village nestled in the shadow of a mountain. 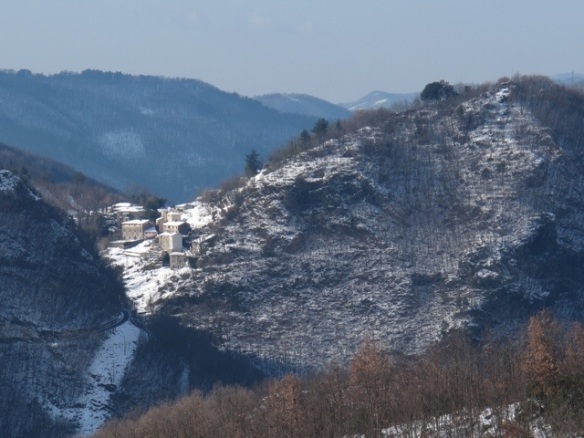 Vico Pancellorum’s olive trees seem to have survived the snow.

The narrow streets haven’t had enough sun yet to melt the snow.

Goats hoping for some warmer weather.

There were some stunning views from the top of Vico Pancellorum. 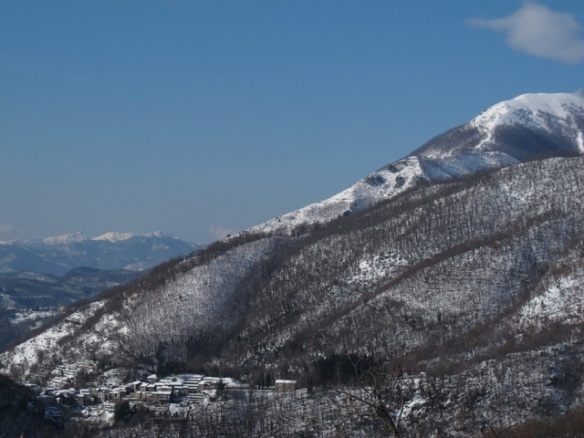 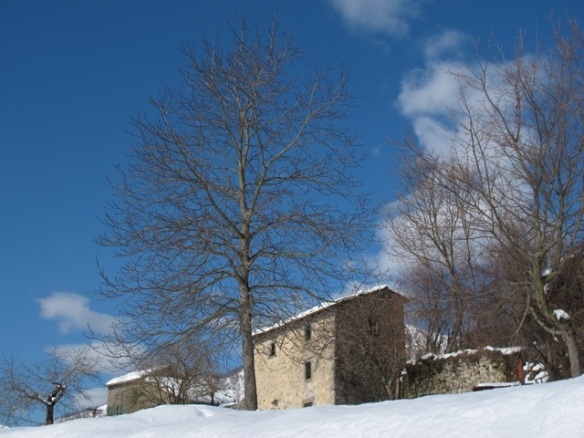 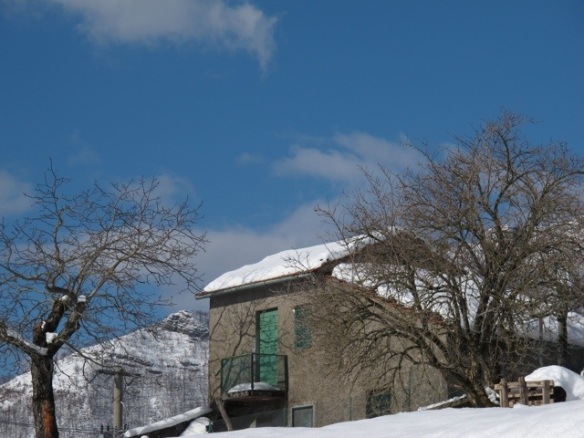 On the way out of Vico Pancellorum I spotted some very colourful washing drying in the sun. 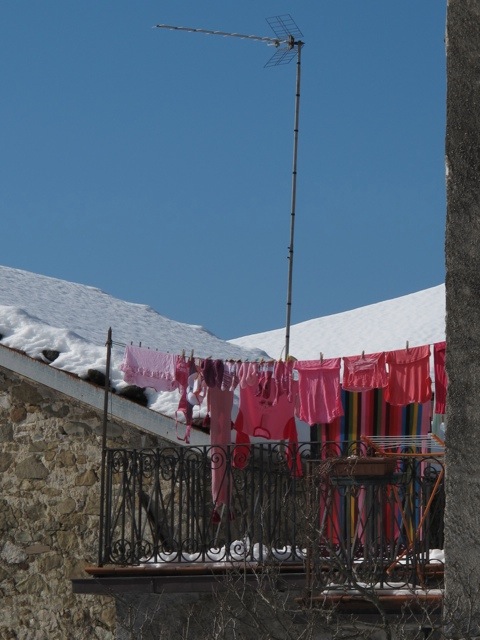 The ski lift looks as though it could be useful today. 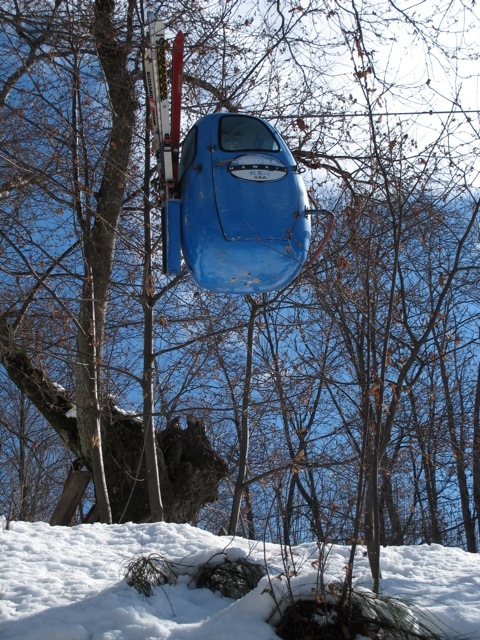 I drove to San Cassiano next for some different views. 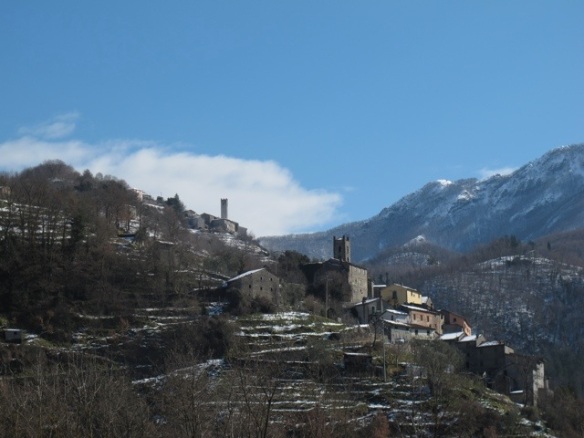 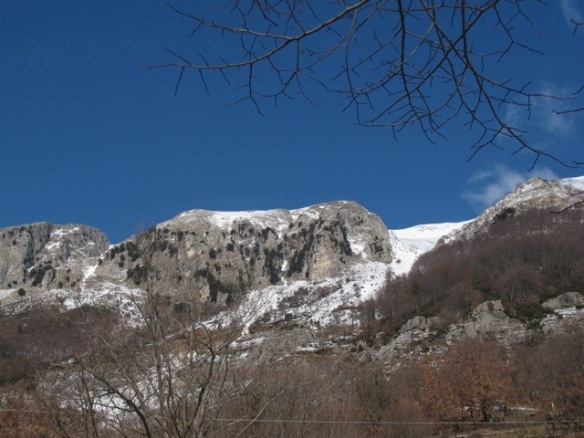 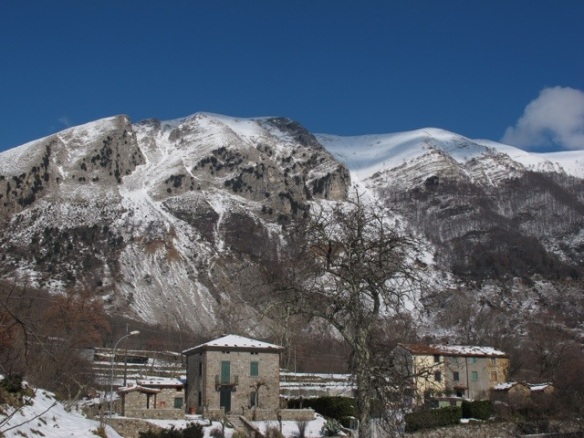 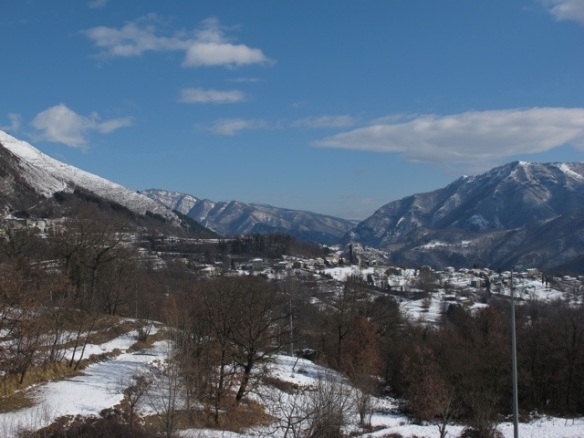 On the way back to Ponte a Serraglio I could see lovely Lugliano in the distance.

With a bit of luck I will get to some of the other villages while there is stil some snow lying around.

23 thoughts on “Snow on the mountain villages”