Sunday was party day at Fornoli. The main street was closed to traffic and stalls selling all kinds of treats were set up early. The main event, however, began at about 2.30 near the Ponte delle Catene at Chifenti. This is where the crowds gathered to watch the start of the parade which was to cross the bridge and head into the town.

The mayor was there.

A man in a very nice green sash gave an enthusiastic speech. 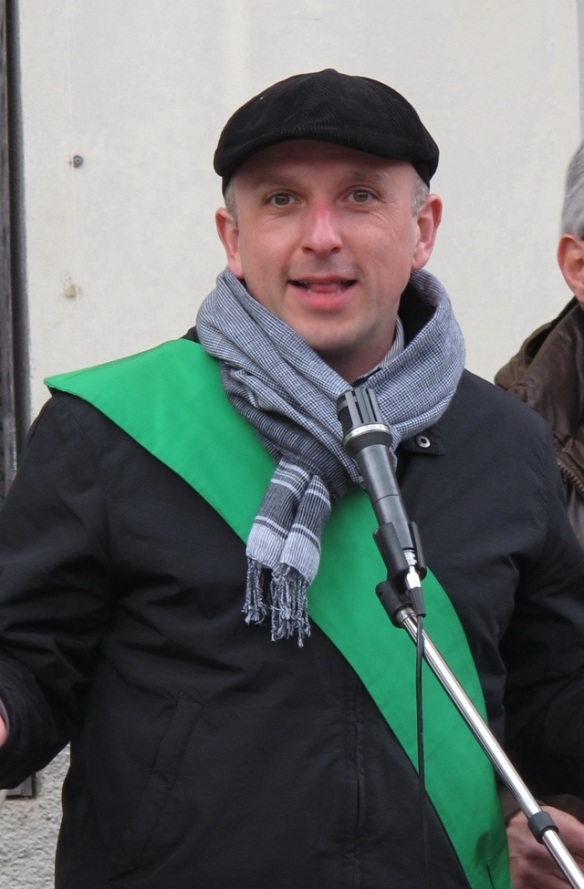 Some people in very colourful costumes were there. 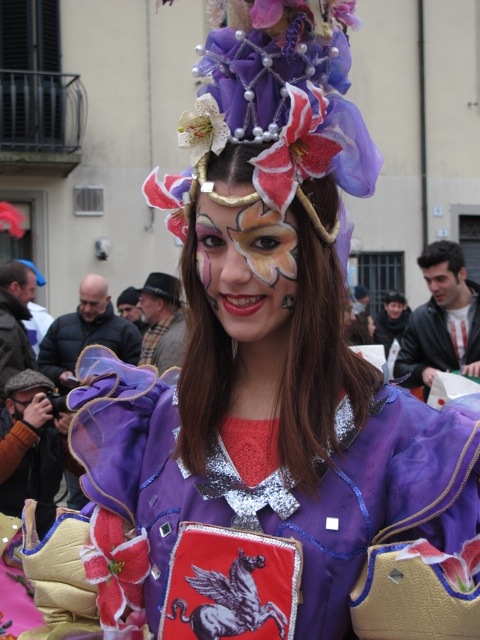 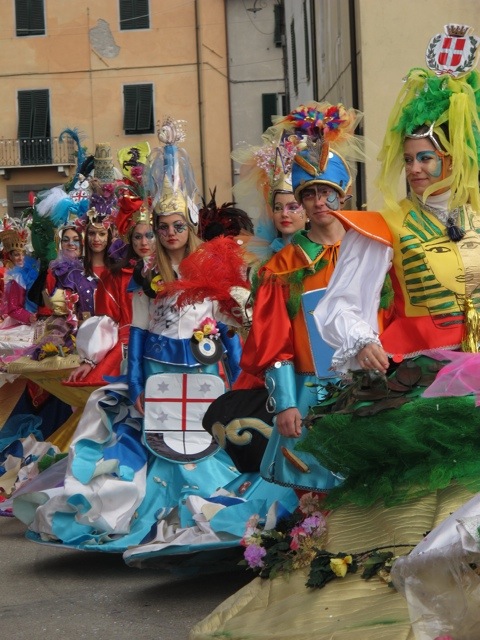 There was an excellent band. 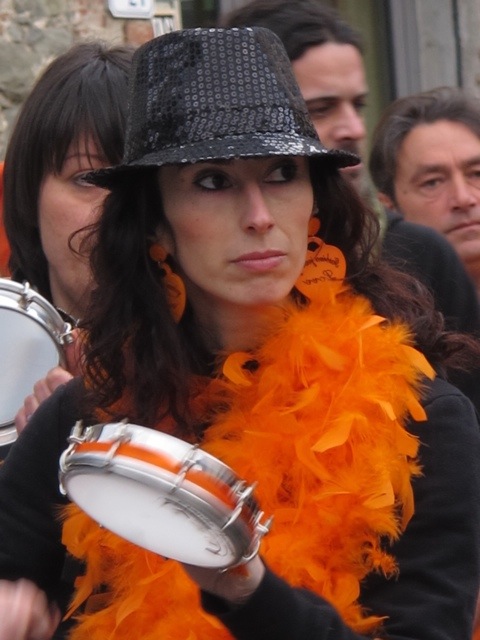 One band member had eyelashes to match her shirt.

The band leader did a great job, and wore a particularly colourful scarf. 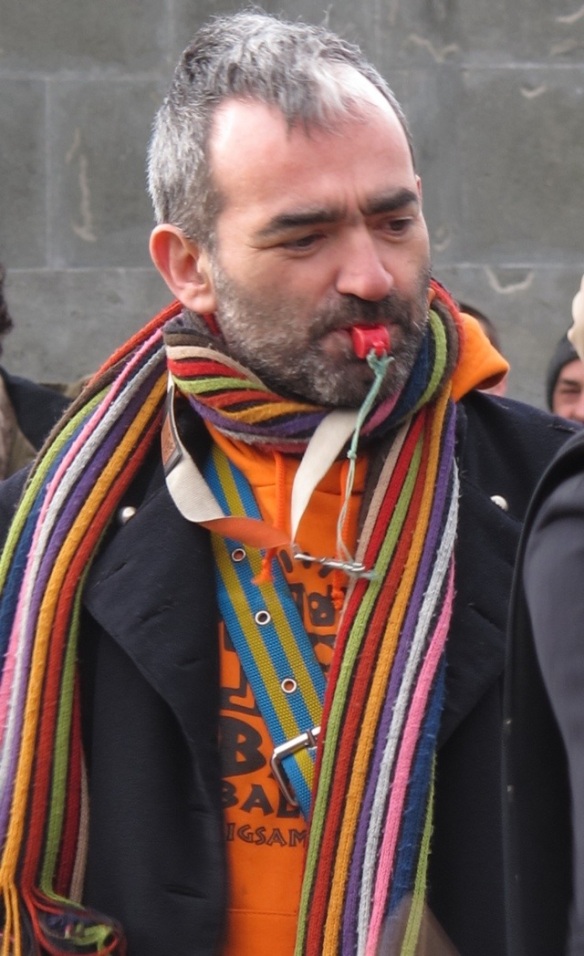 But mostly the day was about children. Local schools took part in a dress up competition and the children looked very splendid indeed. 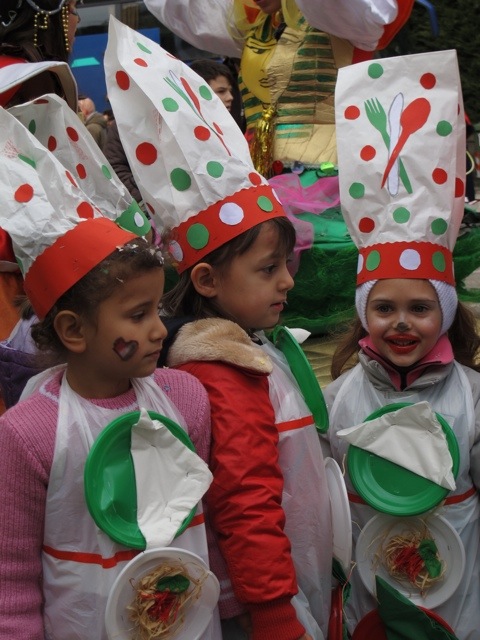 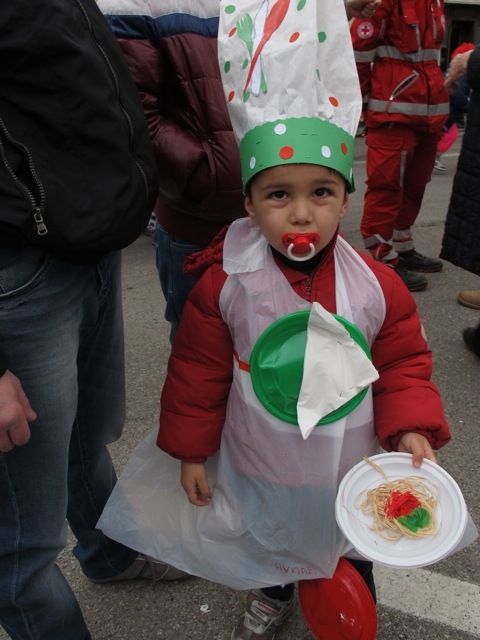 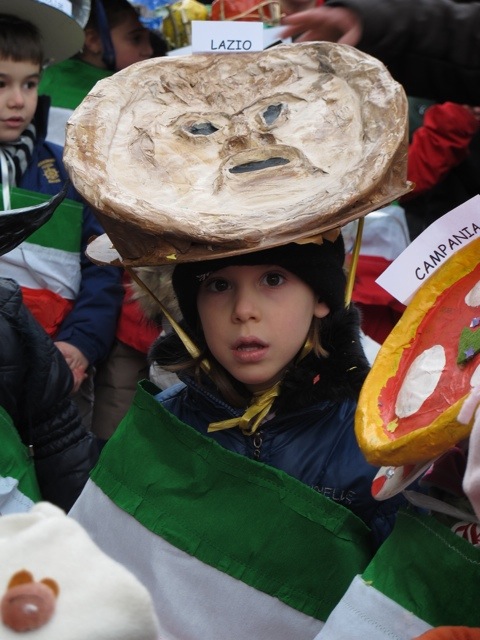 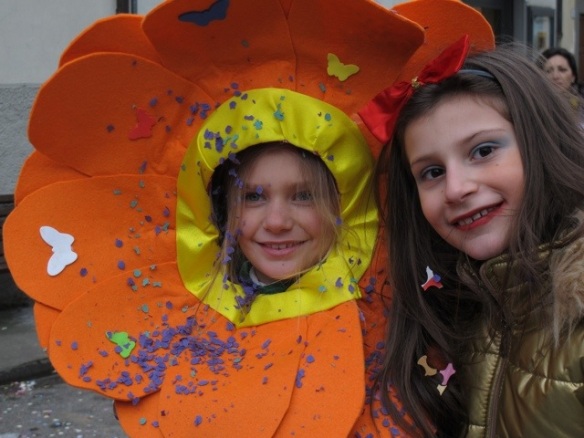 Heroes and superheroes were well represented, so we all felt secure and protected.

The very young were included as well. 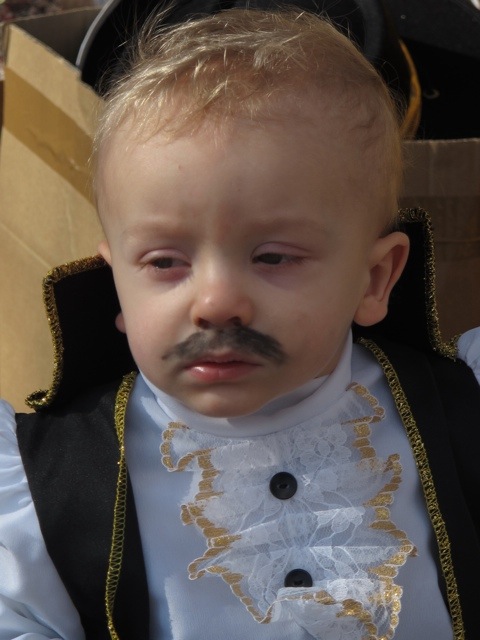 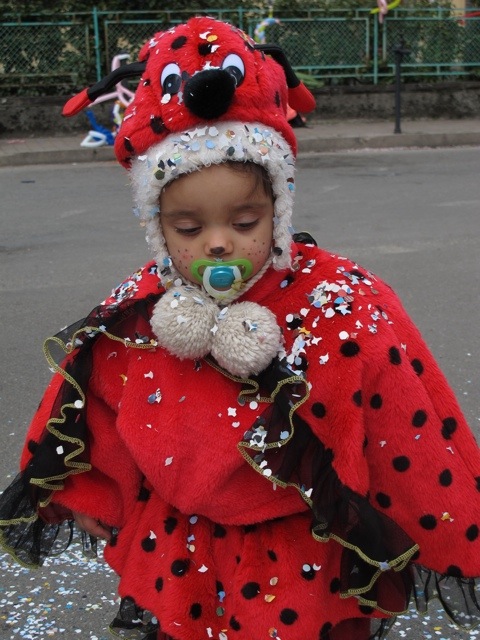 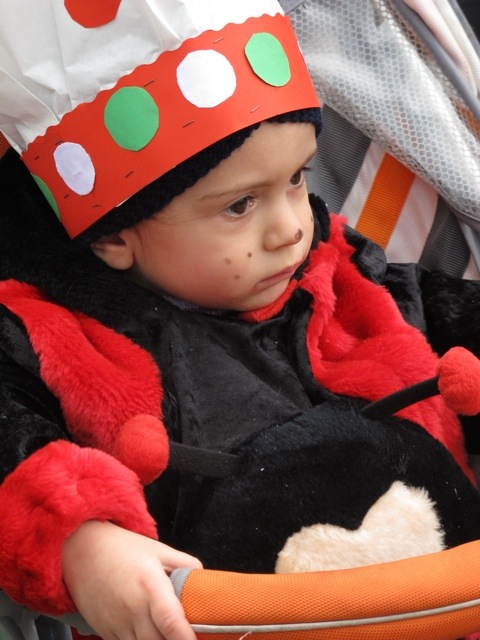 Not everyone was happy to be there.

But that was the exception. It was a fun afternoon with everyone getting into the spirit of the occasion…even when it began to rain.

14 thoughts on “Mini Carnevale in Fornoli”