Bagni di Lucca has been famous for its healing waters for centuries. There were a dozen operating spas at one time but most are no longer in use. Some have been restored and are waiting to open.

Jean Verraud spa at Bagni Caldi, above Ponte a Serraglio, is open for business as it has been for centuries. 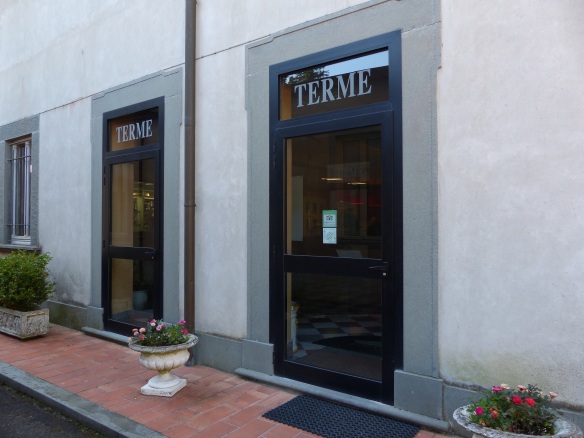 Elisa Bacciocchi, when she was princess of Lucca in the early 1800s, liked to visit Bagni di Lucca to “take the waters”.

She built a new spa above the two natural steam grottoes and very little has changed since then. An extra wing has been added, but the rooms in the old building look just as they did back in Bagni di Lucca’s heyday. 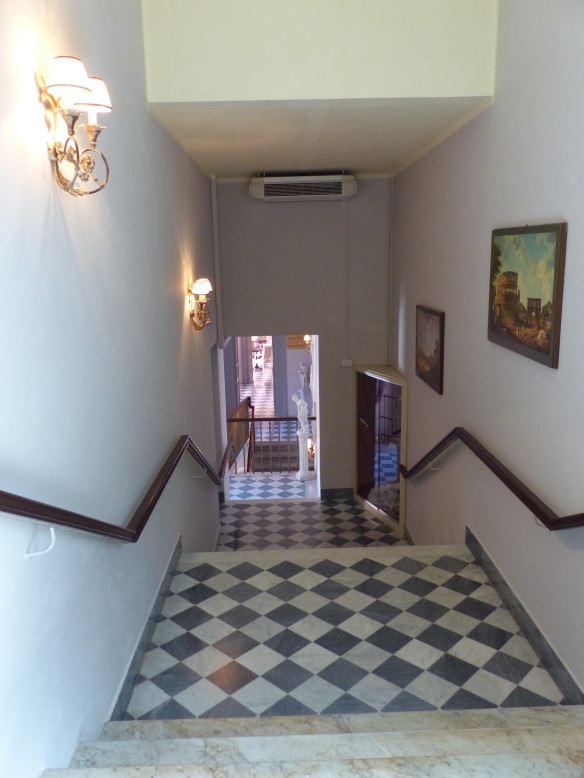 Before the Casino at Ponte a Serraglio was built there were gambling rooms at the spa. Now they are used for events. 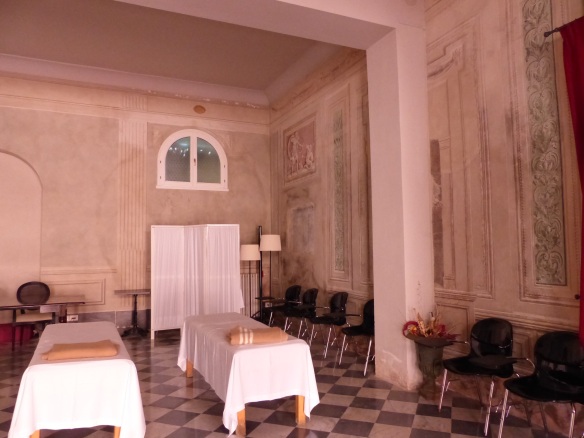 When you enter the steam area you are given a towel to wrap yourself in and you are lead to the grotto where you can sit for up to 20 minutes. Then you are taken upstairs to the quaint room with double vaulted ceilings where you lie in one of the beds wrapped in blankets to relax and come back to a normal temperature.

There is another room where you can rest before going on to other treatments if you wish.

It is fun to sit in the steam filled rooms and contemplate who might have been there before you.

Go to the Jean Verraud website for much more information.