It has become fashionable to serve Cucina Povera, which roughly translates as “peasant food”. In tough times people had to do the best they could with humble ingredients (Italians are very good at this)…some they grew themselves and some they foraged for in the forests.

The Garfagnana area has seen some lean years in the past and the people here were very resourceful in their food preparation. On the weekend I went to the small, and very pretty village of Sassi, near Molazzana, in the mountains above the Serchio Valley to a restaurant called Il Totto, which specialises in the cucina povera of the area. 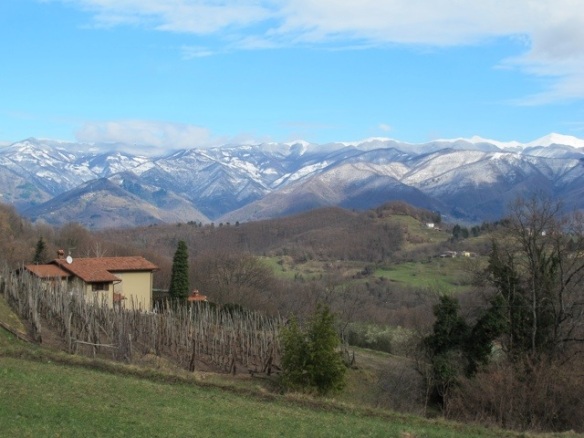 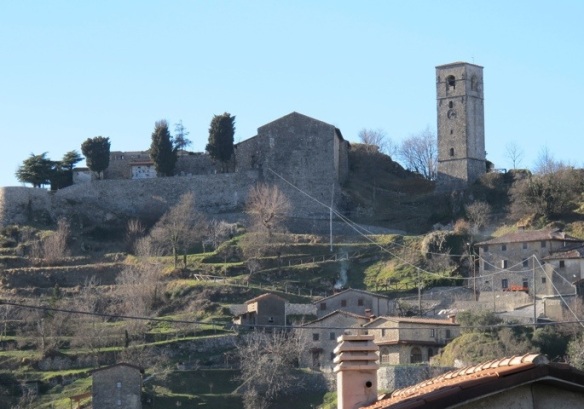 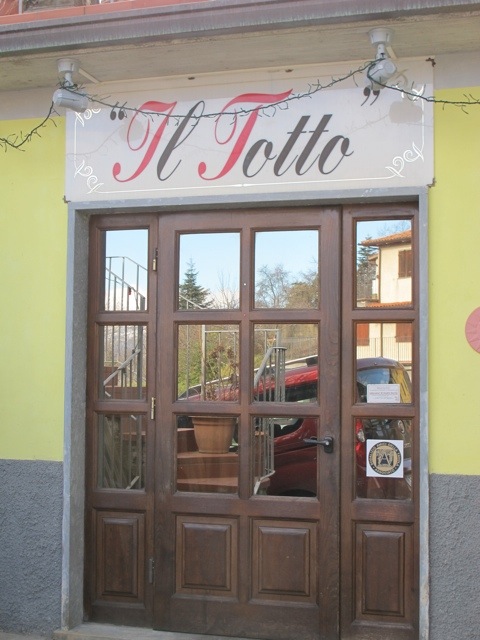 The dining room was very cosy on a cold, winter day. 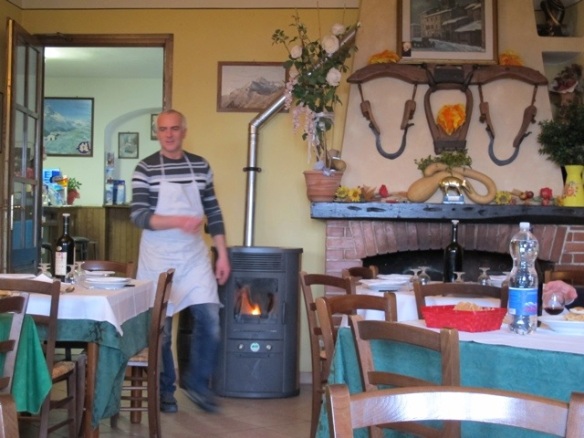 We were early, but there were a couple of diners already enthusiastically tucking in to the local delights. 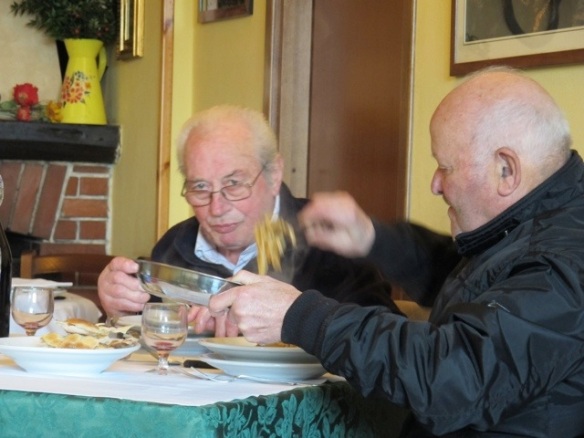 We began with antipasti…onions, farro, bean salad, salumi and the delicious, crisp thin bread often served in the area. 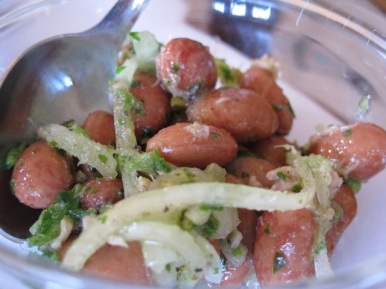 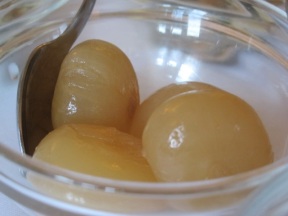 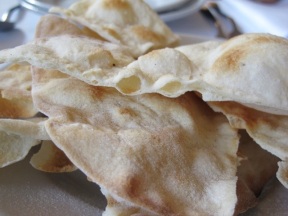 My co-eaters were at Il Totto especially for the chestnut polenta, and a platter soon arrived. 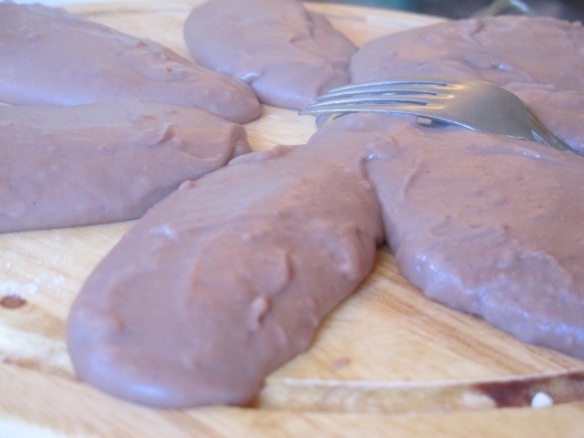 Along with the chestnut polenta came “ossi salati”, which literally translates as salted bones. Once most of the meat has been removed, pork bones are soaked in brine for several days before being boiled. It would have to be one of the least photogenic meals I have seen, but I can assure you, it was delicious. 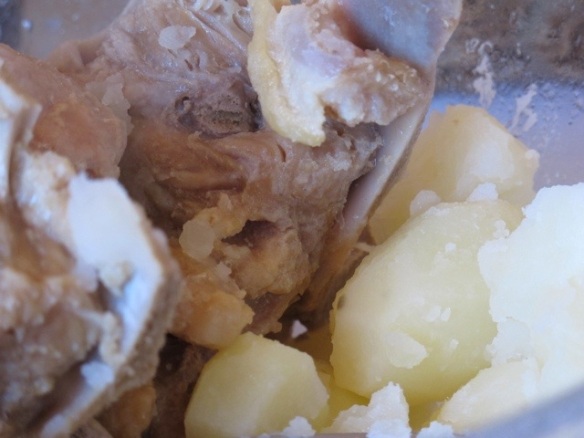 I was not, however, delighted with the chestnut polenta. My 2 friends went on to eat nearly 3 platters of it. I have decided it is an acquired taste, one I can happily spend the rest of my  life not acquiring. The old gentleman at the table beside us agreed with me. When he was a small child he had to eat it every day, and never wants to see it again.

Instead, I was served some regular polenta with cinghiale, wild boar…and it was very good. 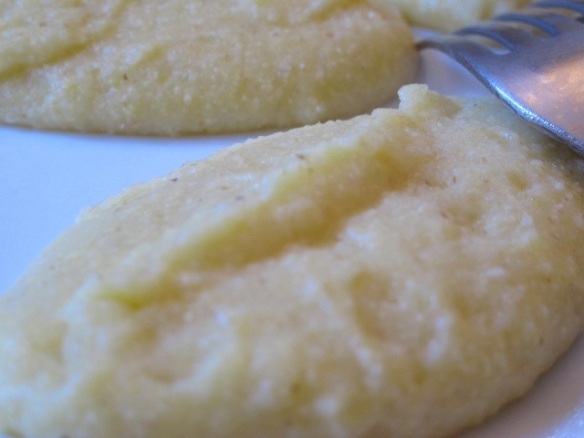 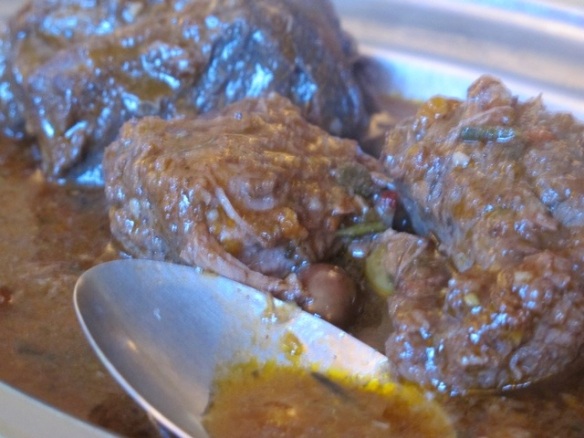 Il Totto is a delightful restaurant. The charming owner/chef, Signore Nesti, is helped by his friendly family members. It is well worth the drive on some narrow roads to get there. 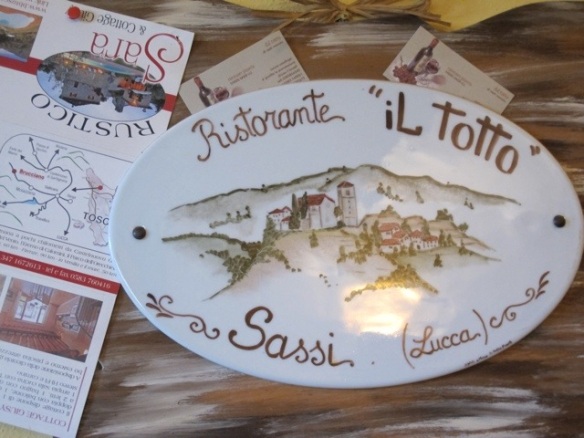