The Giro d’Italia is a big event in Italy. There was great excitement in Bagni di Lucca today…the race came right through our villages.

My balcony provided an excellent vantage point to watch it all unfold. Our little piazza at Ponte a Serraglio was packed with people waving flags and waiting for the cyclists to appear. 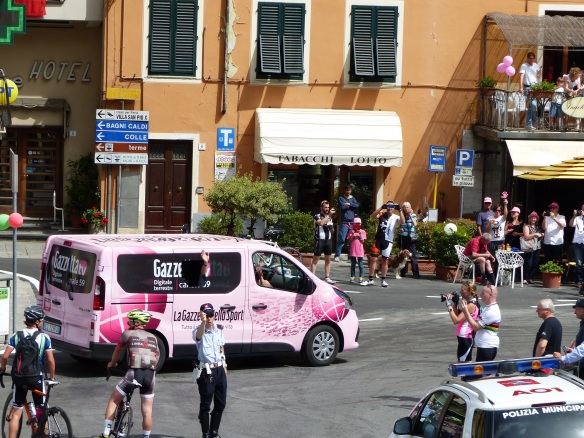 The crowds were waiting to cheer them on. 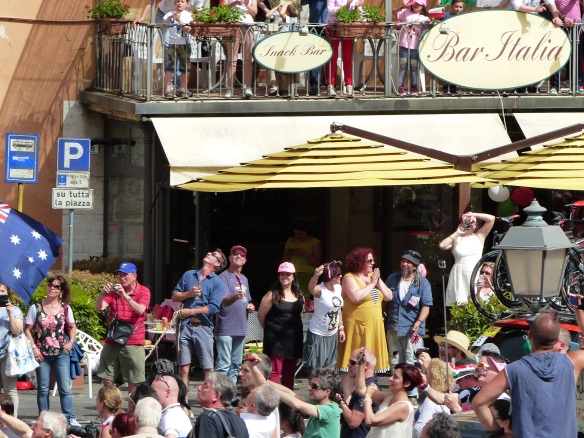 A little while later the bigger group of cyclists appeared along the river. 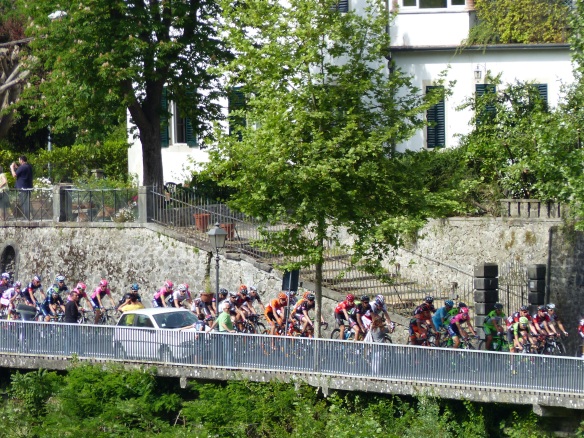 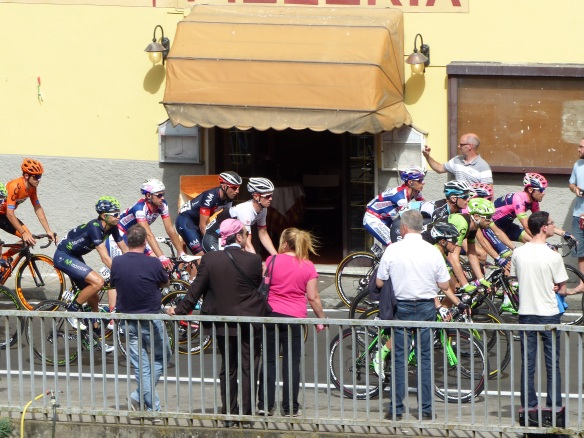 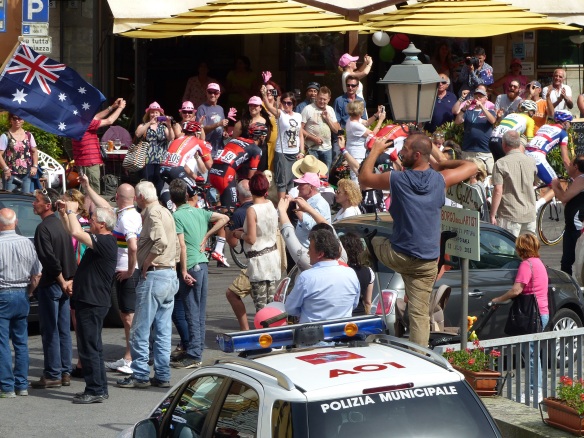 Here are some photos from the bar, thanks to Belinda. 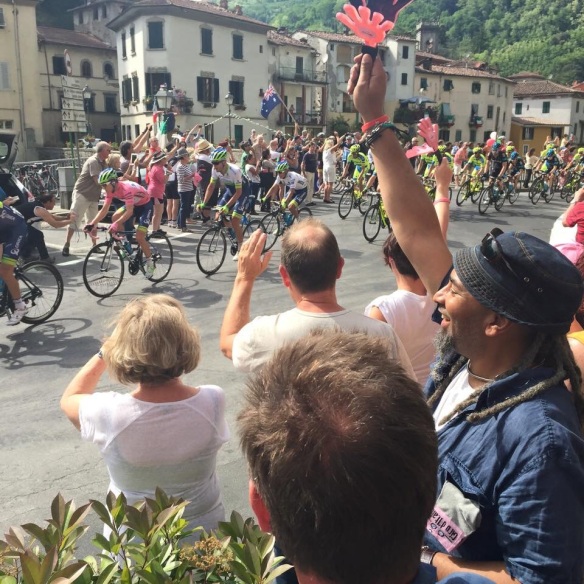 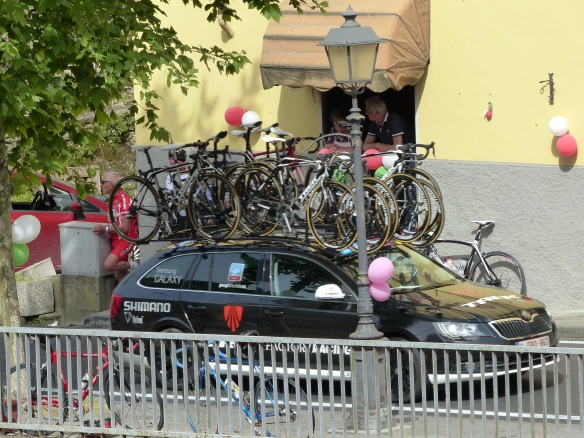 …and it was all over. The whole event went through Ponte a Serraglio in a matter of minutes, but it was great fun and I wouldn’t have missed it for the world.

Go to Bagni di Lucca and Beyond for a bit more on the race.