The most recent guided walk I did was in La Villa, the central village of Bagni di Lucca. The walk focused on the English presence in Bagni di Lucca. In the early 1800s the area was a popular part of the Grand Tour. Many English came to visit and some stayed a while.

We began our tour at the most obvious place, the English Church in Via Evangelina Whipple.

The English community wanted their own place to worship. They had been meeting from 1829 in part of the Hotel Pellicano (now Hotel Regina). By 1838 they had a permanent pastor, Robbins, and requested permission for a church a year later. In 1840 Carlo Ludivico di Borbone granted that permission provided it did not look like a church.

Architect Giuseppe Pardini designed what was called a Palace for the English Nation. Its last activity as a church was in 1936 and in 1976 it became a library and archive centre.

We walked past the pharmacy where the English bought their tea as well as medical supplies. It still has its old interior.

The Teatro Accademico was built in 1790. It attracted famous performers and patrons from all over Italy. When the casino opened in Ponte a Serraglio in 1839 it was an important part of the social scene and took over as the place to go in the winter when the casino was closed.

In 1939 it converted to a cinema before reverting to live performance in the 1970s. It was restored in 1980 and holds regular performances, including hosting the Teatro Scuole each  spring for the last 26 years. Students come from all over Italy to take part.

Circolo dei Forestieri, Foreigners’ Club, was built to cater for the number of foreigners arriving. The French court of Elise Bonaparte came first, then the English. A young Puccini played here. It was renovated in 1928. On the first floor roulette was played under the eye of Galeazzo Ciano and his wife Edda Mussolini. These days the upstairs rooms are used for events, exhibitions and meetings. The ground floor houses a restaurant. 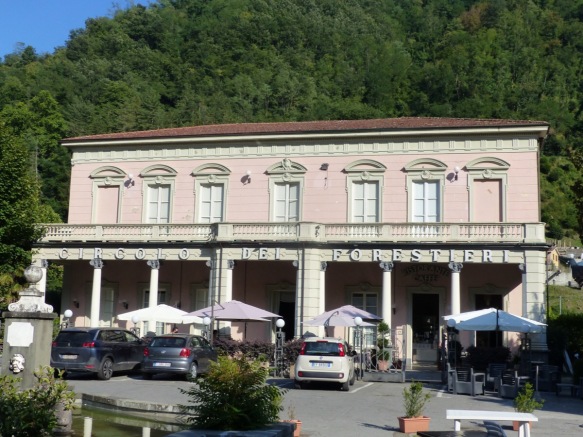 We walked across the passerella built in the early 1900s. To get to the English cemetery.

In 1842 the Stisted family acquired 1800 square metres of land to build the English cemetery. The last burial took place in 1953 and the cemetery was closed. It fell into disrepair, but is being beautifully restored by a group of volunteers.

Is the the final resting place for many notable people, including the Stisteds who had a lot to do with the English community in Bagni di Lucca.

Marie Louise de la Remee, known as Ouida is buried here. She was a famous writer, born in Suffolk in 1839. She was a prolific novelist and an animal lover. She lived in Bagni di Lucca for a time and died in Viareggio in 1908.

Rose Elizabeth Cleveland was the sister of Grover Cleveland, the 22nd president of the USA. She was his First Lady until he married. During a visit to Bagni di Lucca during WWI she met, and became close friends with, Evangelina Whipple who was a wealthy widow. Together they did philanthropic work including building an orphanage.

The Stisted’s, who were a vital part of the community, are buried side by side.

The renovation work continues in the cemetery. 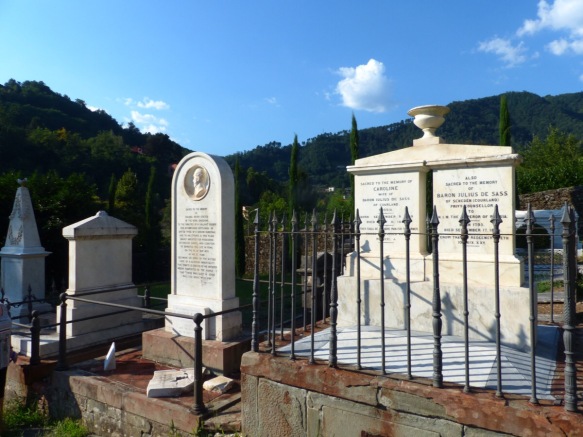 The guided walks have been an excellent initiative in Bagni di Lucca this summer. Thank you to all involved in their organisation.

There is still one more coming up on 23rd August. 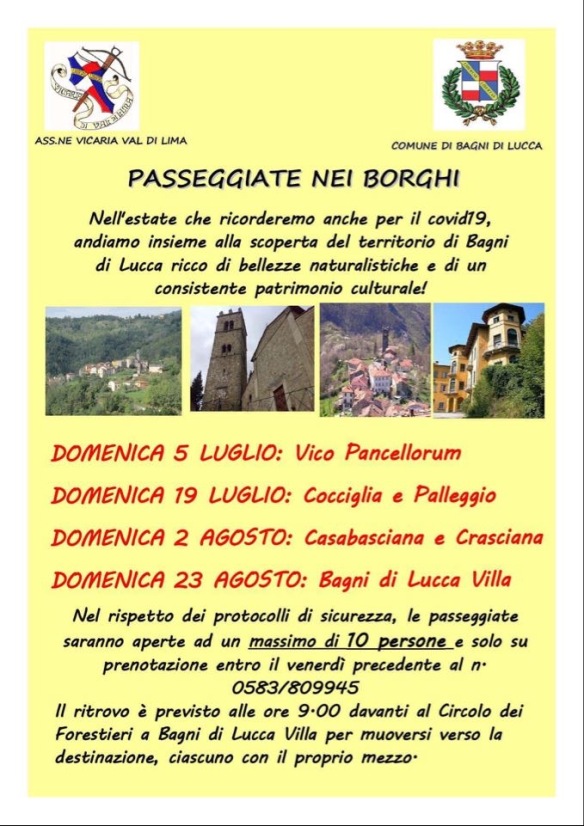 2 thoughts on “The English past of Bagni di Lucca”