There is a beautiful, if somewhat neglected, building in Ponte a Serraglio. It was at one time the Hotel de Russie. The building was designed by Giuseppe Pardini and built in 1838.  It is now apartments.

The men were shot on 18th July 1944. There is a memorial in the cemetery in Ponte a Serraglio. 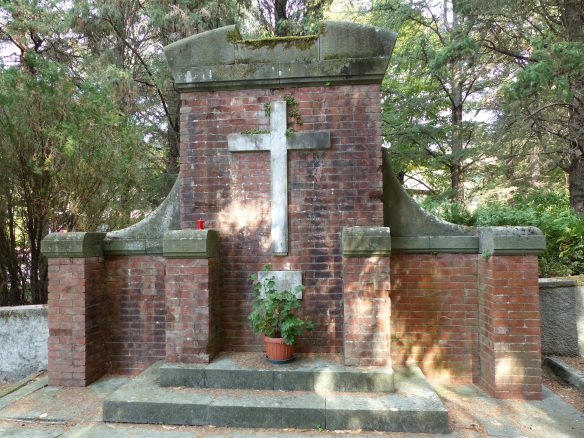 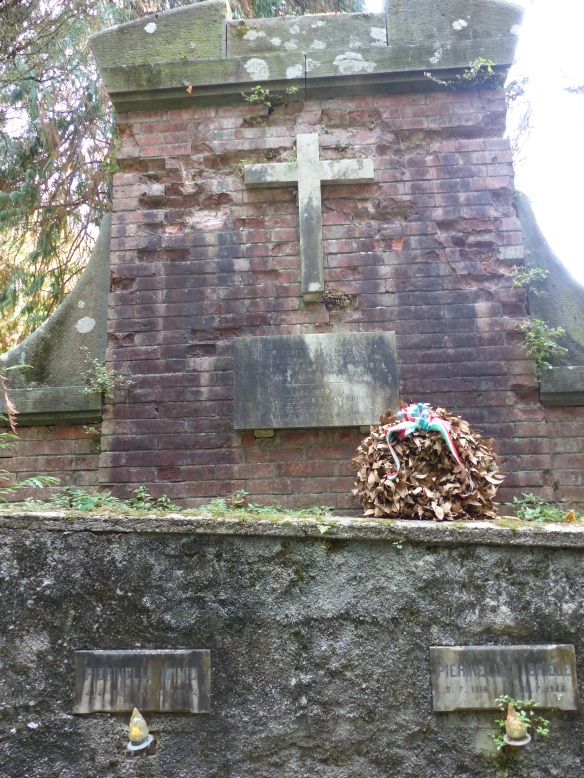 I found these names on small plaques on the wall. 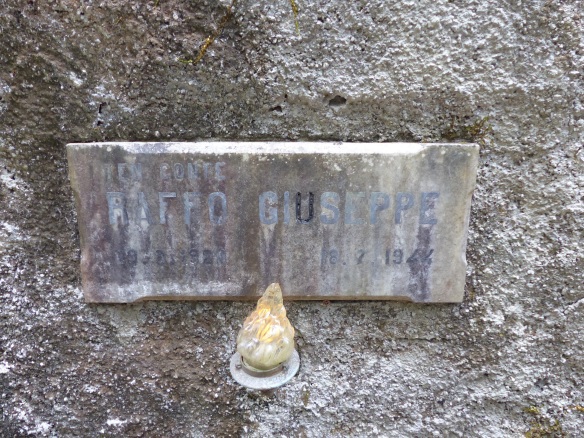 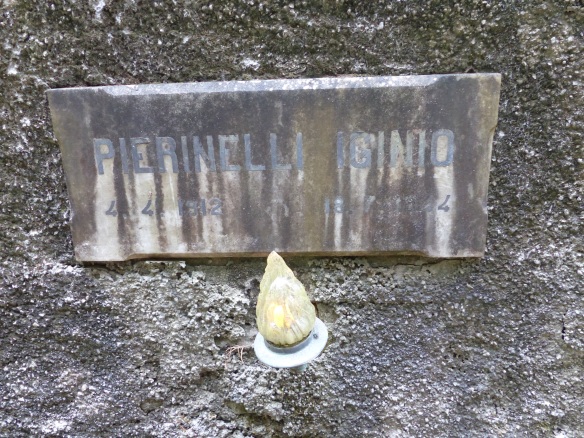 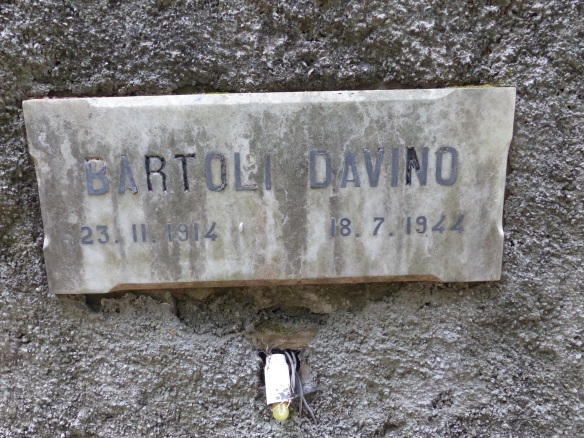 What a sad and lonely place it is, reflecting the misery and futility of war.