If you walk up from La Villa, the commercial centre of Bagni di Lucca, or down the hill from Colle you will arrive at the quaint little hamlet near Bagno alla Villa, the old thermal spa. Along with Colle and Corsena this is the oldest part of Bagni di Lucca.
The Piazza del Bagno is very pretty and was home to several famous people in the past. The French philosopher Michel de Montaigne stayed here to take the waters in an attempt to cure his kidney stones. The English poets Shelley and Bryon also stayed here. There is a lovely collection of houses here and it is easy to see that it was once very grand.

The old baths have been recently restored. It would be wonderful if they were open again and the area could once again be a hive of activity. 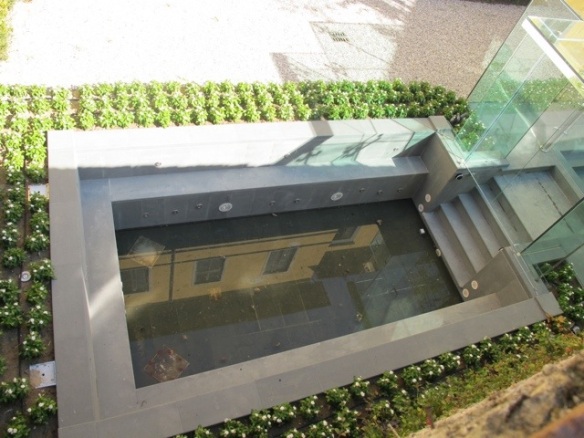 Nearby is Villa Ada, the 16th century residence of the De’Nobile family. It was restored on the second half of the 19th century. It would make a wonderful hotel. We just need somebody with lots of money to come along and restore it once again. 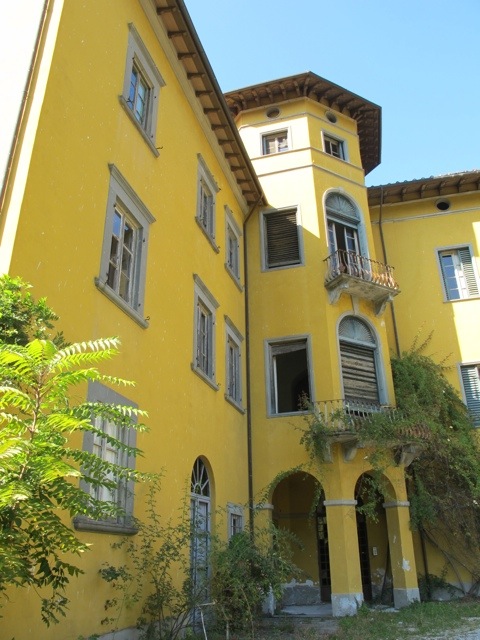 The grounds must have been stunning. There are lovely old stairways and a covered walkway which has become overgrown, such a pity. 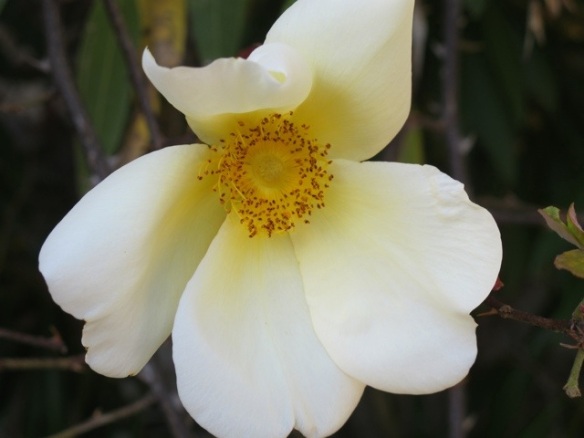 Inside Villa Ada is the pretty little marble statue which has become the symbol of Bagni di Lucca.

It is an easy walk uphill from La Villa, just head up past the English church and the swimming pool and keep going. It is particularly lovely in spring when it is possible to imagine how grand this area must have once been.
If you know somebody with lots and lots of money, send them along, they might just like to take on a renovation project.