The Grotta del Vento, wind cave, is a cave in a mountain in Garfagnana, an area in the Apuan Alps in northern Tuscany. It is near the towns of Fornovalasco and Vergemoli. (About 35 minutes from Bagni di Lucca) The cave has 2 entrances, one at 642 metres above sea level and another on the other side of the mountain at 1400 metres.

It is a wind cave because air is able to blow through the cave from one entrance to the other. The direction of the wind depends on the temperature outside the cave. In summer, when the air outside is warmer, the air is drawn through the higher entrance and out of the lower entrance. In winter the reverse happens and the air flows upwards. If the temperature outside is the same as inside there is no wind. The temperature inside the cave stays at around 10.7degrees C all year. A heavy door has now been installed to stop the flow of air, but you can certainly feel it once the door is open.

The cave is open for visitors. There are 3 guided tours available. The first is the one I did. It takes about 1 hour and explores the part of the cave lined with limestone formations. Fascinating stalactites and stalagmites glisten as you walk along the narrow path which takes you deep into the cave. 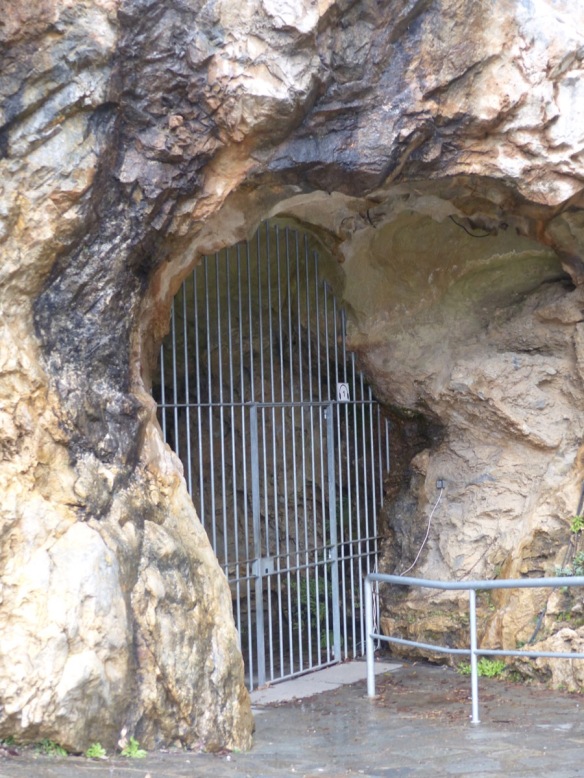 Just for fun a large skeleton of a bear has been installed near the entrance. 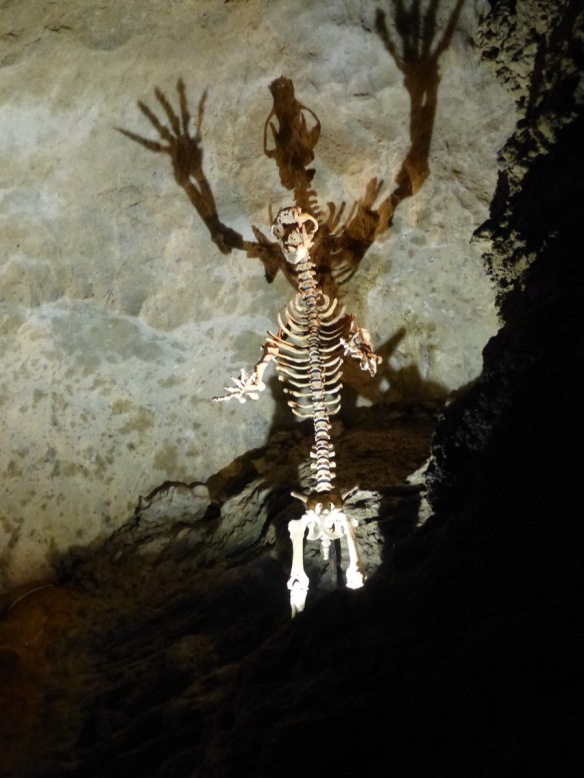 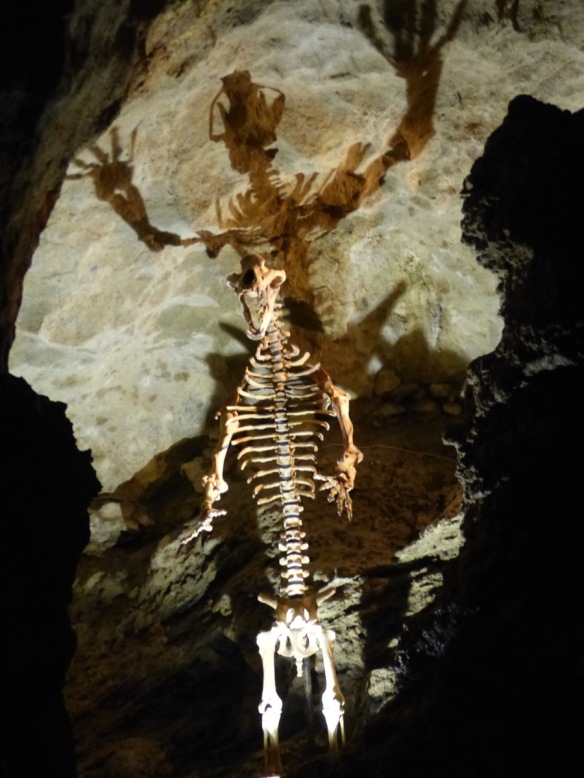 Soon the door is opened and we enter the cave.

The narrow paths are lit and you can see the stalactites and stalagmites and pools of water. There are steps occasionally, but it is not too strenuous and there are hand rails for safety. 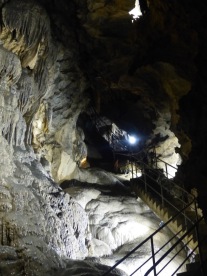 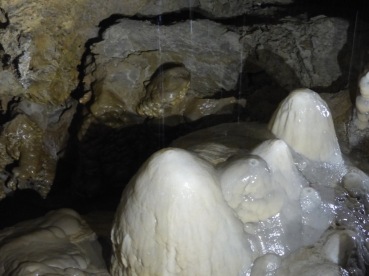 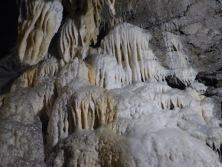 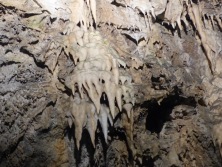 You can see some tiny ones beginning to form. It would be necessary to come back in a few hundred years to see much of a difference. Most take about 1000 years to grow 10 centimetres. 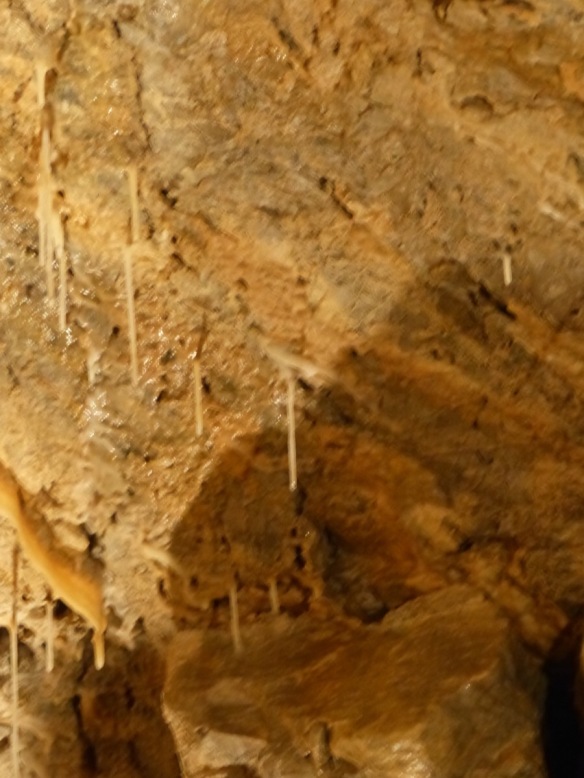 At one point the guide turns off the lights so that you can experience total darkness. It is quite an eerie feeling.

The second tour takes 2 hours and a descent is made into an area without limestone formations but interesting forms of erosion on the walls. The third one takes 3 hours in a vertical shaft which is climbed from the bottom to reach a final chamber at the top, followed by a short underground tunnel.

The cave was first discovered in 1989 by children exploring the area. The only one small enough to climb through the entrance was a 4 year old girl. The others opened the entrance a little, but were too frightened to go further than 20 metres into the cave.

The first expedition for research purposes was organised in 1929 by the Florentine Speleogical Grouo of the Italian Alpine Club which stopped at about 60 metres from the entrance by water.

The Bolognese Speleoligical Group got further in 1961 after a prolonged dry spell. Other expeditions followed until 1975 when the explorations extended to 2470 metres and the cave was opened to tourists. Now there are 4 galleries known with at least another 20 branches to be explored.

The guided tours are well organised and the guides are very knowledgeable. There is a shop and a restaurant nearby, so it would be easy to spend several hours here.